Welcome to Fulidhoo Dive Maldives! We're an awarding-winning 5-Star PADI Dive Centre located on the beautiful local island of Fulidhoo in Vaavu Atoll. Only a little over an hour's speedboat ride away from Male' International Airport, our location makes us easy to get to and offers some of the country's best dive sites! We offer affordable dive and accommodation packages for those looking to explore the real Maldives. 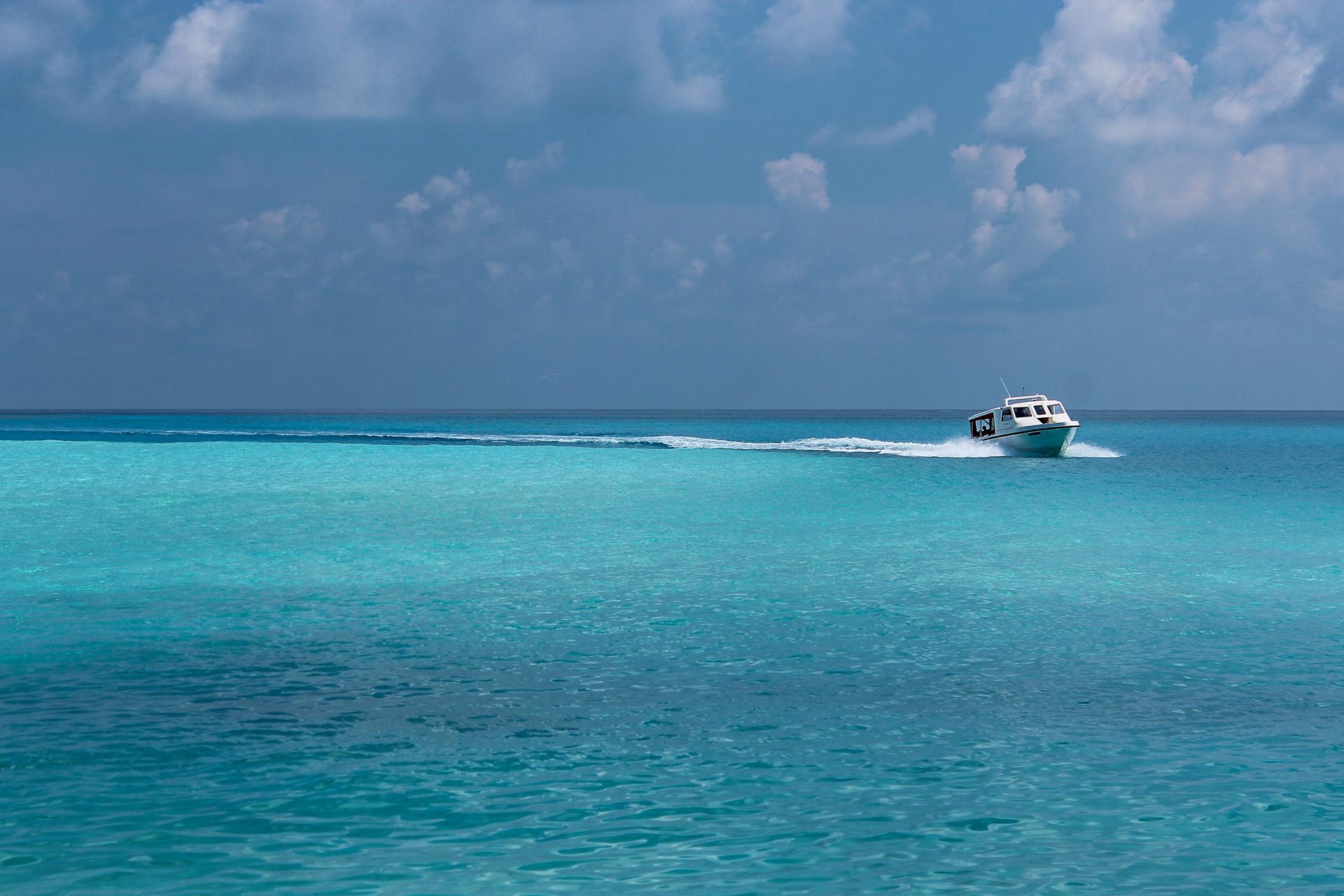 How to get to Fulidhoo

The island feels remote, but it’s actually surprisingly easy to get to. It’s a far-flung desert island in a convenient location! Situated just south of South Male Atoll, on the northern perimeter of Vaavu Atoll, it takes just over an hour by speedboat to get there from Male’ International Airport.

Despite being so accessible from the airport, there are very few resorts in the area, which means that dive sites are often completely deserted and boat traffic is considerably less than in the Male’ atolls.

Please note: We only arrange transfers for those who book a dive and stay package. If you are not booking your accommodation through us, then you will need to contact your guesthouse to book seats for you.

Taking a speedboat is the most convenient way to get to Fulidhoo. A one-way ticket costs 40USD and the journey will take 1 hour 10 minutes. There are speedboats departing Male’ every day of the week (except Fridays) and from Fulidhoo, there are speedboats every day (except Friday!). If you book a dive package through us, we’ll book your seats for you, and you can pay directly to the speedboat captain when you board. As timetables are subject to change, please contact us for the latest speedboat information. We can also arrange for the speedboat to collect you directly from the airport. You will need to contact us with your flight details before booking in order to check compatibility with the speedboat schedule as it can change from time to time.

A government-run ferry leaves Male’ from Hulhumale Ferry Terminal three times a week and takes 3.5 hours to reach Fulidhoo. It costs approx. US$4 for a one-way ticket and stops in Maafushi Island along the way. For those in no rush, this is a great budget option. After stopping in Fulidhoo, it then continues on to the other islands in Vaavu Atoll.

Sunday, Tuesday and Thursday: Departing 10AM

Monday, Wednesday and Saturday: Departing 10:30AM

Getting Here from Other Islands

Generally, it is quite easy to island hop within the same atoll, due to the atoll ferries and speedboats connecting the islands. But getting between atolls is trickier, and will often result in having to transit in Male’.

However! You can get directly to Fulidhoo from Maafushi Island (which is in South Male’ Atoll) as the public ferry stops there.

Sunday, Tuesday and Thursday: Departing from the harbour 11:30AM.

Monday, Wednesday and Saturday: Departing 10:30AM

As well as getting to Fulidhoo from Male’ and Maafushi, you can also get here from other islands within Vaavu Atoll as they are all connected by the government ferry and speedboat.

Please note: While the scheduled speedboats stop at several islands in Vaavu Atoll, they do not stop in Maafushi. The only option to travel between Maafushi and Fulidhoo is to take the slow ferry.

If you are travelling in a group, it might make sense for you to hire a private speedboat, especially if your flights times don’t work with the scheduled speedboat timings. This is a fairly expensive option so we wouldn’t recommend it unless there are at least 4 or 5 of you travelling. Again, we can arrange this for you.